Do you attract players? Do you find yourself dating the wrong men? 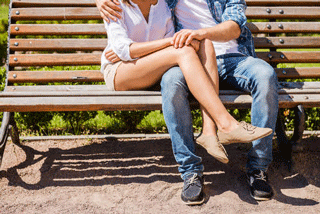 “I attract the wrong kind of men” – this is something I have heard a great deal in my wonderful career as a matchmaker. I have even said it countless times myself and have heard more affable, attractive and accomplished women vent this particular frustration than I could shake a spirit stick at. Sadly, I am no cheerleader, but this is a spirited issue! This is a tiresome, worn out elevator music, a tinny record that no one liked in the first place.

Firstly we must accept the truth; we do not ATTRACT the wrong men, we PICK them.

Picking a man, choosing to date a man, who is emotionally unavailable or damaged is a conquest; you think you will be the ONE to fix them, you alone can help them, and you just know that when you do he will want to change and in turn he will love you even more. You can love him better, you can be the best girlfriend he has ever had. In your head, it is a torrid Gone with the Wind romance of trials and tribulations that will come right in the end because love conquers all and you are meant to be with this person. Nope… it is waste of time and energy and it is definitely not meant to be this much work. Think about all the women before you who have failed, I hate to break it to you, but you are not the exception.

What if he won’t change?

There is nothing you can do if someone is unwilling to help themselves. If you pick someone who makes it clear that they are not ready for a relationship, you cannot catapult them into that stage of readiness and you are playing a losing game by trying to. It is not to say that it is any less painful when the inevitable happens; forgetting your birthday, failing to show up, cheating on you, the stunts the ‘wrong men’ pull etc. However, more often than not, the signs are there from early on and we choose to remain blinkered. Instead, we should be laying our cards out on the table and making it clear from the offset that we will not stand for anything less than a real, present, grown up man who respects and deserves the woman he is lucky enough to be seeing.

One problem; the ‘idea’ of this person is so appealing. You want to react to the fact that he has yet again stood you up when you had a plan, but you convince yourself that he would accuse you of being needy, demanding and perhaps a bit of a bunny boiler. Welcome to the world of gas lighting. If you had dinner plans with a female friend and she cancelled an hour before, would you accept this? Or would you bring this up with her in no uncertain terms? We become so fixated on projecting the veneer of the ‘chilled’ girl that is going to change the ‘troubled bad boy’ that the stance on basic respect becomes skewed.

What can I do about falling for the bad boy?

The time to take control is in the early stages of dating. When you embark on a new relationship, you set a precedence to adhere to and this does not give way to someone treating you with a lack of respect whether it is 6 months, 2 years or 15 years down the line. If you allow yourself to be a doormat now from the early stages of dating, then you have assumed that role for as long as this silly game of cat and mouse continues. We need to make our expectations known from the beginning.

For example, if a guy you are dating messes you around and continually calls the shots re: where and when you meet, takes 5 days to text you back and you everything is on his terms, WALK AWAY. If he says he is not ready to commit and does not want anything serious then please listen to him, encourage him to work on it, wish him well and WALK AWAY. If he makes you feel bad about yourself, judges you or puts you down, WALK AWAY.

The time you waste trying to change someone who doesn’t want to be with you could be spent on the right man in the sidelines who ‘sees’ you in all your majestic glory and wants to date you and be there for you now. It’s not a lucky dip, pick men who are available and interested in you, after all, it is not just about how much you like them.

Are you ready to meet the love of your life?