Is it important that my friends like my boyfriend? 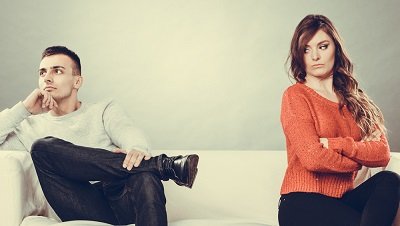 Let’s face it, your best friend has probably been around longer than your boyfriend. She was probably there for you when your most beloved boy-band broke up and you hid under your bed believing that the feeling of impending doom would never quite subside. She nursed you though your first broken heart as you caved your face into troughs of Haagen Dazs, contemplating his wilting affections and indifference. She has unswerving access to your creaky closet of cringe worthy Bridget Jones antics and still thinks you are classy girl.

Historically, she has been your emotional watchdog and in true ‘Thelma and Louise form’, she will be there until the bitter end. The resounding factor is that you do not have to ‘impress’ your best friend; you can fall over, smudge your mascara and make asinine comments till the cows come home.

So, what do we do when you best friend hates your boyfriend with the fury of a thousand burning suns? I have found myself in this compromising situation before and I challenge anyone not to feel engulfed by a pang of sadness when the two most important people in your life cannot exchange pleasantries without serious undertones of contempt. It is a very distressing situation because you can see his glimmering qualities and attributes in glorious technicolor whilst she is totally blinkered and thinks he is a prize idiot. Your best friend will make a huge effort to try to integrate him into your social circle and he will politely decline on numerous occasions to the point where it is just plain awkward. In fairness, both find the tongue biting pantomime of pretending to like one another exhausting. When you talk to her about your relationship it is marred by her rolling eyes and the fact that you know she is just hoping and praying that perhaps you will ‘see the light’ soon. You become resentful of both of them; why doesn’t he make of more of an effort? Why can’t she stop looking for faults and start channeling the cast of F.RI.E.N.D.S?

Does it really matter? I vented my angst over this particular personality clash on countless occasions to my fellow matchmakers. Anyone I spoke to would remind me that I was not in a relationship to please my best friend. So, if you find yourself mediating the playground dramas, I would suggest that you throw caution to the wind. Why don’t you keep those rose tinted spectacles firmly on your beautiful face as you are probably not a completely terrible judge of character. The chances are this man isn’t an imposter sitting on an unwarranted pedestal and he is a great catch. If you are completely deluded and he ends up stomping on your heart and making Donald Trump look like a ‘stand up guy’, fear not. Let’s say, worst case scenario is that your relationship crumbles and crashes in the spirit of Wall Street circa 1929, you already have an undefeatable ally waiting in the wings.

After a break up, we feel an intense and uncontrollable need to share and offload every idiosyncratic detail to anyone who will listen. Literally anyone; the smiley waitress in Yo Sushi, fellow tube passengers and every single uber driver you will ever meet (FYI, in my experience this messes up your star rating to the point of no return). In turn, everyone you interact with ends up longing for ear plugs, ear muffs and perhaps a one way ticket to Timbuktu. However, the world has been spared of your whining and pontification because thankfully you have access to the perfect confidante, the Queen of the bad boyfriend bating bandwagon. In turn, there is no need to tell the rest of civilisation how much of a fool he was and how many times you’ve listened to that Adele song on rotate because your best friend is by your side.  Your best friend will be there to nod along and share every repressed opinion on her age old nemesis over a glass of wine. Who knows, maybe one day they will bond on a supreme level and are actually twin souls. But for now, stick with him and hope for the best as you keep one auspicious eye on them calling a truce in the next decade.