Five Reasons Why You Need To Date A Shorter Man Now 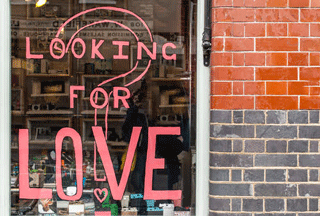 When you think about it, Mr. Darcy, is arguably the most irresponsible man on the planet. Mr Darcy; tall, dark and impossibly handsome, has all but ruined us women for every man who is not Mr Darcy. That is to say, every man who is under 6 foot.

But with the average UK male standing at 5’9” and the average UK female at 5’3”, it is probably fair to say that by discounting men who women believe literally don’t measure up, you are narrowing the dating pool of potential matches considerably. When you begin to throw other parameters into the mix such as location, education, net worth, interests, age and family commitments, your eligible pool starts to get smaller and smaller…

By dropping the height requirement for a potential match we believe you can triple your chances of finding love. If that is not enough to convince you, here are five reasons why you need to date a shorter man.

With the majority of women preferring to date men over 6 feet, those at the shorter end of the scale often need to work harder to win women over. Expect your shorter man to put in more effort than his taller counterparts.

Holding hands is SO much easier when dating a shorter guy

For an average sized woman, holding hands with a tall man can become a little uncomfortable. Holding hands with a man who is more on your level is far more comfortable, and when you’re ready to make a romantic move and lean in for a kiss, you won’t need to reach up on your tip toes either!

Shorter men are more committed to their partners!

According to a study conducted by New York University, the rate of divorce among shorter men is significantly lower than that among tall men and men of average height. If you are looking to meet someone for the long term, you want a shorter man.

A study conducted on the Island of Sardinia has concluded that short men, on average, live two years longer than their taller counterparts. If you really want to get the best out of your golden years together, dating shorter is the way to go!

Height doesn’t matter when you are lying down…

We don’t think we need to elaborate on this one…

The best things truly do come in small packages!